10 of the Most Gorgeous Backyard Waterfall DIY Projects

This waterfall is a combination of a small stream and a waterfall, actually. This is nice because you can get both features in one build. It also imitates the downhill aspect of a waterfall and stream, which I really like. It makes the water feature seem more natural and in the right spot. 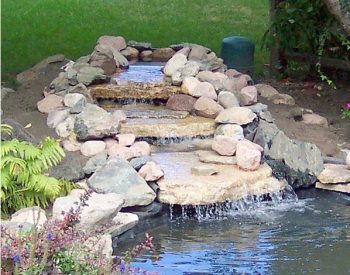 If you don’t have much space to work with but still want a waterfall, try an isolated pond. There won’t be much room to sit around the waterfall, but it still looks good and gets that nice relaxing sound we all love. This works well on the side of the house or in a small yard. 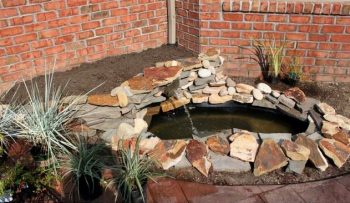 My favorite part about this is the log that comes over the top. It makes it feel like a really naturally-occurring waterfall. Not all water features have to seem like they’d really be found in nature, but this one does a great job of that. It proves you can make your own waterfall and still have it look natural. 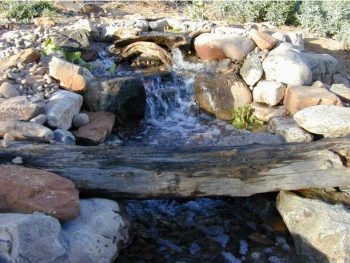 I look at this waterfall and I just think “Zen.” It seems so calm and relaxing to me. I can almost smell the cool air and feel the water lightly splash against my feet. If you need a place to relax and unwind, this is definitely the waterfall to build. 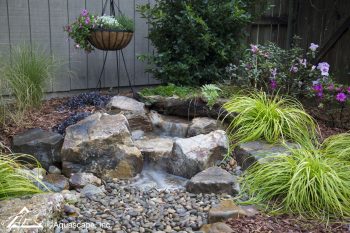 This high-tiered waterfall is very elegant and classy. It takes a bit more know-how to build, but don’t let that intimidate you! The rocky border around the edges of the waterfall really helps complete the whole experience and look. 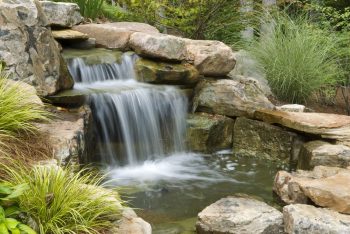 This lily pond waterfall feature reminds me of the sprawling backyard of an English cottage. It just seems so cute and quaint. This would be my choice if I was going for a water feature I could spend time with my friends around. 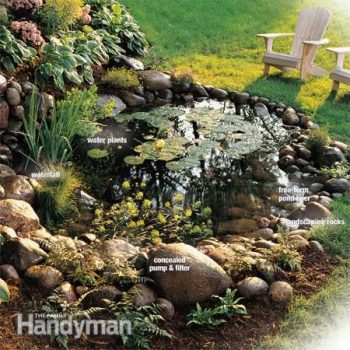 Just because you have a small backyard or garden doesn’t mean you can’t have a waterfall. This one is really small, but it still gets the job done. The waterfall may be tiny, but the grass and greenery around it make the who feature perfect. 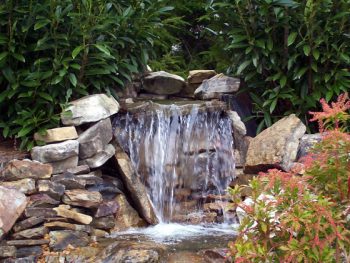 A central and elevated waterfall is great for a large yard or garden. It can be seen from the entire space, and the water creates a unifying element to the lawn. Not only that, but the sound of the rushing water will be great background noise for fantastic dinner conversation, I’m sure! 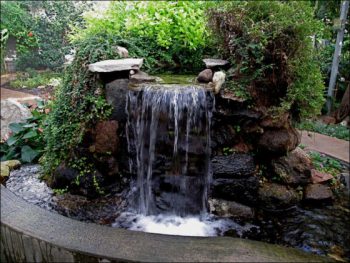 Here’s a waterfall idea that’s a bit more modern and fun! It’s a bamboo structure where the water falls out of the top. It’s not a natural-looking waterfall, but I still love it. The bamboo really makes it look nice. 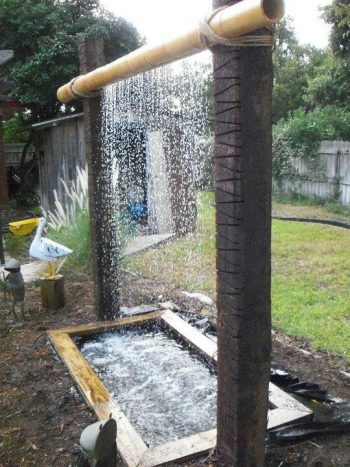 Dryer and browner climates can try this waterfall that builds on a rock foundation. There’s not much greenery required to spruce up the area, so you don’t have to worry about maintenance and upkeep. But the water feature is still astounding.