Before you go out and buy all your supplies, you need to plan on what type of tree you want to plant. Do your shopping between late January and early March, as this is the best time to get the healthiest trees. You can try your hand at apple trees or any other dwarf plant such as peaches or nectarines. Fig trees work too. When you choose to buy, make sure it’s from a reputable source. You don’t want to get a sick and unhealthy tree. 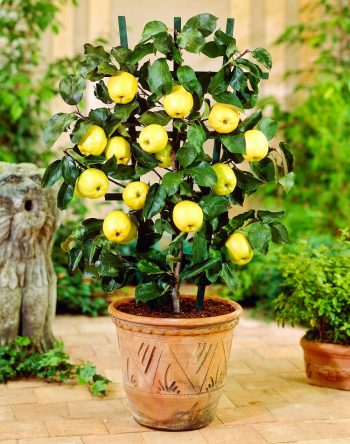 The container is going to be incredibly important because it determines how well your tree’s root system grows. You want one that is at least 18 inches in diameter. 20 inches or more is usually best, though. The material can be anything you want: terracotta, plastic, wood, or whatever. Just make sure it’s sturdy, has good drainage, and is big enough. Because your tree won’t be getting nutrients from the actual ground, you need to make sure you’re using high quality soil. Don’t use gardening soil because it’s too heavy and can cause drainage problems. You’ll also want to find nutrient mixes and fertilizers that your tree may need in order to grow best. Talk to your local nursery or wherever you bought the tree.

Before planting, cut and trim any roots that look damaged or that are too long. If you don’t, they can cause damage down the road that will be a lot harder to fix once the tree is in the pot. The beginning is a much easier time to nip these problems in the bud. 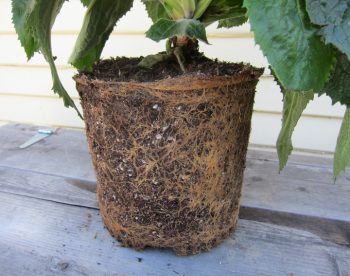 When your tree is planted and in the pot, don’t forget to prune it. This is really important because your tree will need as much energy as possible to bear the best fruit. Fruit usually grows at the tips and tops of trees, so keep that in mind.

Be weather aware when it comes to potted plants. Because you can move the pot, this should help you keep the plant alive. During good weather, put it where it will grow best (usually in full sun). When it’s cold and in the winter, you’ll want to move the plant indoors or to the garage or shed. 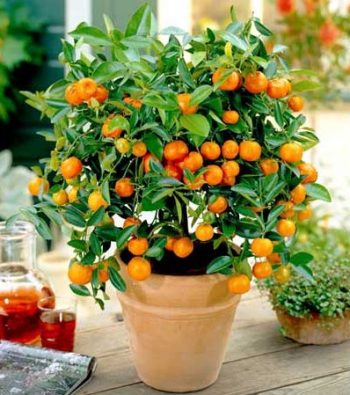 Watering is one of the most important things you can do to help a potted tree survive. Usually, you’ll want to water twice a week. If it’s really hot, you may need to water daily. Don’t just rely on the rain because the pot doesn’t have enough surface area to provide the plant all the water it needs.

In order to keep the tree healthy, you’ll want to have a stake, trellis, or some other support system. If not, the tree will easily slant to the side or grow in an odd direction. Do this when the tree is first planted because fixing it down the right will be a NIGHTMARE! 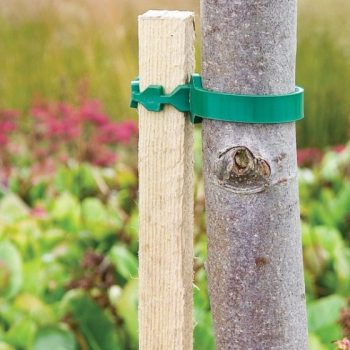